The year was 1912 – nearly a century ago that a few veterans who emigrated from South Kanara district of then Madras Presidency to city of Madras in late 19th century to study professional courses like Medicine, Law and Engineering decided to form a small group to help the brothers and sisters of this small community who had the some desire to study and settle in this city.  South Kanara then had no Law or Engineering Colleges nor a Medical Institute.  Being children of poor Purohits or Archakas of temples or small time landowners, they had very limited resources but were full of ambition and dreams of a bright future.  Some traveled to Bombay but many came to Madras.  Traveling by train from Calicut and later from Cannanore as the then Mangalore mail terminated at these stations, they walked or sought Bullock carts to convey them from Udipi, Mangalore or other small towns in the district to catch the train. 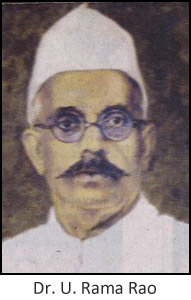 Sri.K.Y. Adiga, a legal luminary and author of several legal books formally brought this Association into a legal entity by forming a ‘Memorandum of Association’ and ‘Rule of Association’.  It was registered as “ The South Kanara Dravida Brahmins Association” on 19th October 1953.

On perusing the printed Annual reports of our Association which are available from 1961 – 62 (with copies of several intervening years missing) it is seen that the Golden Jubilee celebrations were conducted in 1969 under the presidentship of Sri.U. Ananda Rao, Chief Engineer of Madras.  From this we can surmise that SKDB Association got a formal shape and name in the year 1919 but in deference to the stoic efforts of the founders we will retain the year 1912 as the year of Commencement of the Association and its activities.

In the year 1996, under the presidentship of Dr. U. Sridhara Rau, Dermatalogist, our Association celebrated its platinum Jubilee.  On this occasion the services of our senior members were recognised in a fitting manner & a few others were also honoured.

The main purpose of the Association then was and even today is to help deserving poor Students seeking higher studies by granting scholarship, (Previously Loans).  Generous souls like K. Krishna Rao,   K. Gopala Achar & K. Seetharama Rao provided roof & food in their hotels for many students. Dr. Pangal Srinivas Rao and others collected funds by going with Hundis door to door of their colleagues during Deepavali festivals.  Donation was also collected each year.

Such tales of brotherhood and selfless toil fostered closeness in this society encouraging them to meet once a year in the Annual General Meeting, exchange notes while sipping a cup of coffee & eating a few snacks.  Sri. K. Krishna Rao felt that a Dinner meeting will be more appropriate to attract families of members and started the tradition of Annual General Body Meeting being followed by sumptuous dinner.  Other Hosts such as K. Seetharama Rao, P. Ramakrishna Aithal followed suit.  We are happy to record here that this tradition is being followed to even this day by members of Krishna Rao’s family.  Our thanks are due to Sri. K. Lakshmi Narayana Rao.  K. Murali Rao, K. Rajesh Rao and    K. Achyuta Rao.  May their tribe increase.

Today SKDB Association disburses over 2 lakhs of Rupees annually as free scholarships.  Genorisity of our members has no bounds Association receives donations to Education Scholarship fund, Happy occasion fund, Building fund & Office maintenance fund.
Owning a building of ours was conceived as early as 1969.   Mr.U. Anand Rao, then the President made an earnest plea for contributions.  Building became a reality in 2004.  Even now it is a small beginning- a small 600 Sqft apartment in the heart of the city.  Yes, we will grow and grow and one day will have an independant building.

An office with computer services to provide e-mail and a web site is now a reality.  A Global organisation is our VISION.  Our community members settled all over the World will have access to learn about our activities and events.  Photos and write ups will be posted in the web site, Interaction can truly be global.  Ours is a small but successful community – to be in touch with one another is not difficult.

We need to socialize more.  More musical and cultural activities are being planned.  To enthuse juniors to participate we are holding fashion shows and Uthsavs.  For the first time in our century old history we have elected a lady President and lady Secretary. Smt. Nalini Acharya and Smt. Amitha Prithvi are President and Secretary.  Their leadership is inspiring.

In the year 2005, we commenced publishing our house magazine – “KARAVALI ALEGALU” -Coastal Waves featuring promising youngsters of our community with photos and write ups of our events as also interesting articles by our members.  The response has been overwhelming.  We hope to publish the future issues also in our website so that all members of our community, members and non members alike can get a glimpse of what is happening is our community. Services of Sri. P. Narayana Bhat in this regard needs a special mention.