Home / About Us / Achievements of Members 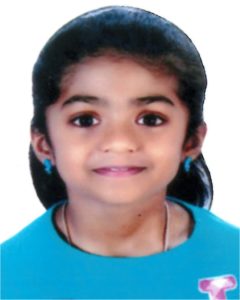 mari Tanvi Prasanna is a recipient of Excellence Award from SKDB Association – 2016. She is the daughter of B R Prasanna Kumar and B R Kamala Achar and the grand daughter of B.Raghupathi Rao and B Shashikala Rao of Chennai who are actively involved with SKDB for many years.

Tanvi excels in rendering  the Bhagavad gita shlokas and has been winning Outstanding Award from ISKCON for the last three years in Uttam Shloka competitions. She has also been winning the first prize in the Janmashtami shloka completion conducted by Karnataka Sangha, Chennai for the past three years.

Her other outstanding activities include representing her school in the annual Ricky Mathew Memorial Interschool Cubs cricket championship. She is also a Bharatanatyam student and represented her dance school, Sankeerna in the 2014 and 2015 Karnataka Rajyotsava celebrations hosted by Abu Dhabi Karnataka Sangha, UAE. Adding to her enthusiasm arts, culture and sports, she is also learning Yakshagana from Yakshamitraru Dubai and has participated in Manikanta Mahime Prasanga in June 2015.

SKDB Association is proud of her achievements and wish her all the best for the future.

Another recipient of Excellence Award from SKDB Association 2016 is Kumari Aditi.  This teenager is the grand daughter of Shri Haridas Acharya of Chennai and daughter Shrimati Shilpa and Shri Rajesh Acharya. 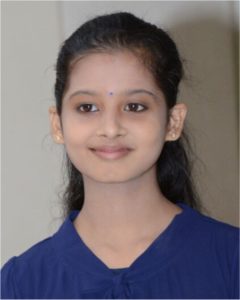 As a student of yoga, Aditi has won the coveted Champion-of-Champions for Tamilnadu state yoga championship in 2014 and secured the 1st prize in National Yogasana Championship in 2015 held in Bangalore. For the past 5 years Aditi has continued to stand first in Gita chanting Competition conducted in her school. She also won the 2nd prize in Sanskrit sloka recitation conducted by Initiative for Moral and Cultural Training Foundation (IMCTF) and Hindu Spiritual and Service Foundation.

She has been learning Bharatanatyam and Vocal Music at Samarpana Academy of Fine arts for the past 5 years. She performed her Arangetram in June 2016 at Karnataka Sangha.   She has represented the academy for a solo-dance performance in Thejas Bala Natyotsav in 2015. She has participated in several group performances of the institution including the Mamallapuram Dance Festival in 2016 and Selliamman Temple during Navarathri Festival Chennai Book Fair.

Aditi is also learning art and painting at Dessin School of Arts. Aditi is currently studying in the 8th standard at Bhavan’s Rajaji Vidyashram.

SKDB Association is proud of her achievements and wish her all the best for the future.

SKDB Association was happy to give this year’s Excellence Award to Kumar Rithvik who is the grandson of Shri R.S. Upadhya and Smt. R. Leela Upadhya and son of Shri Sudharshan Upadhya. 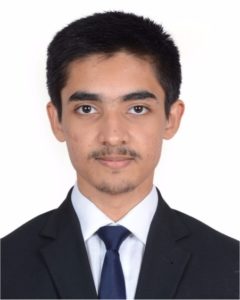 Rithvik bagged the Best Film Award (Short film on the topic of Paranoid Schizophrenia titled ‘Delirium’) at the TGELF Harmony 2015: Reel to Real (Film Making Competition). He participated in the India Schools Video Competition 2015 conducted by Australian Government and made a short film on the topic, “Conservation of India’s marine ecology”. He was awarded Creative Artistic Talent award among Juniors for the year 2014-15.

Rithvik received a High Distinction in Australian National Chemistry Quiz 2013 conducted by Royal Australian Chemical Institute. He was awarded the All Rounder Prize for the year 2014-15.

At a young age, he has displayed an interest in giving back to the society. He participated in the School’s Road Safety Patrol Unit from the year 2012-2014, organized and held a Carnival along with friends in the year 2013 to raise money for a local charity. assisted in Chennai Flood Relief Operations during December 2015 and volunteered for a beach cleanup held after the Chennai Floods. He is Actively involved in making films on Social Causes like Mental Health and Environmental Conservation and has volunteered with the NGO Bhumi to renovate a school in Chennai.
Rithvik has represented his school at 5 Model United Nations (MUN) around Chennai during the year 2014. He received the best Foreign Policy Statement Award at Sishya MUN 2014. He regularly took part in several debates as part of the Inter School Debating Society (ISDS) and the School’s Debating Society during the year 2014. Add to his accomplishments, he is an avid badminton player.

Rithvik interned with Dun & Bradstreet on a project from July 4 – July 28 2016 at Bethlehem, Pennsylvania.

He is entrepreneurial and was a part of class of 2016 at Pennsylvania School for Global Entrepreneurship held at Lehigh University, Bethlehem, Pennsylvania from July 2 – July 30 2016. Rithvik is currently running a You Tube Technology Review Channel called ‘The Edge’ with a friend since March 2015. He won the 3rd place for a business idea at the Baker Institute, Lehigh University.

He is currently studying in the 12th Standard at Padma Seshadri Bala Bhavan Senior Secondary School.